I’ve recently started taking an interest in designer handbags and couldn’t help but notice that Amanda Wakeley keeps popping up everywhere I look. Having only heard of her as a clothes designer for the rich and famous, styling princess Diana and Kate Middleton to name a few, I am ashamed to say that I never realised what a wide and impressive range of accessories she also designs including bags, jewellery, scarves and sunglasses so I decided to do a little more research.

Amanda Wakeley is a self taught fashion designer who has also done some modelling herself in the past. She launched her fashion label back in 1990. She has won three British fashion awards as well as numerous others, and in 2010, she was appointed an OBE for her services to fashion. Her flagship store is based in Mayfair, London but she is now stocked by more than 50 different fashion retailers throughout Europe, America and the Middle east.

It was in 2016 that Amanda Wakeley also launched an accessories brand on the popular shopping channel QVC selling clutch bags,tote bags, bucket bags and more. It was here that over three hundred of the famous “The Carter” bags sold after just one hour of being on air and many more QVC customers were left disappointed that they had missed out. I think the appeal of the Carter bag was that it was available in six different colours and was not too big or too small, taking you from day to night quite easily and also the exceptional quality that’s consistent in all of Amanda’s handbags.

It’s all in the detail! I’ve yet to find an Amanda Wakeley bag that is not trimmed with the beautifully polished Amanda Wakeley gold tone hardware, making it even more luxurious to look at.

If you like to carry everything but the kitchen sink around with you, like I do, you won't go far wrong with Amanda Wakeley's “Rowlands Hobo”shoulder bag available in gold or silver weave leather with a comfortable shoulder strap. This bag will set you back £350 but the quality is very high end and you get what you pay for.

For those of you who prefer to just carry the essentials, I recommend you try "The Mini Robbie". This bag comes with both a strap and a belt so it can be worn two ways and is a fun, eclectic and luxurious take on the bum bag or as a quick grab and go party bag. What it lacks in space, it makes up for in practicality allowing you to wear it hands free around your waist. This little gem retails currently for £315

Whether you require a large or small handbag, there’s something for everyone by this versatile designer and the retail prices are quite varied too. Prices for her current “Monogram” collection currently start at £221 with the more expensive pieces costing £695. Amanda’s “Legend” collection bags are a bit pricier, starting at £350 and ascending as high as £1995.

No wonder the Amanda Wakeley brand is now worth in the region of $69 million dollars! 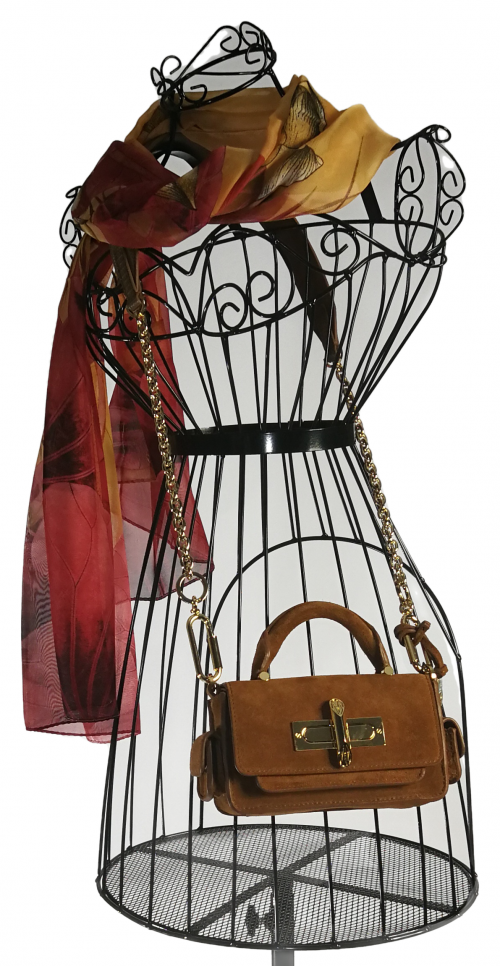 This Mini Robbie bag from Amanda Wakeley comes with a high quality polished chain strap that allows for use as the perfect party cross-body bag or with the added belt allows for a luxurious bum bag.