Founded in 1998 by Lowell Harder, the Radley brand soon became one of the most recognised and loved British manufacturers of handbags, purses and other accessories. Based in London, the brand has a number of stores and outlets in a number of locations across the uk and since 2007, they have also been successfully trading online.

Radley bags were designed to make a refreshing change to the typical handbags of navy and black that seemed to dominate the market at that time. These bags were very generic and slightly dull and so Radley was launched to add a little colour to a persons’ wardrobe and reflect a little of their personality. Give them a bit more of an identity in a way. Bags do not just have to be functional, they can be stylish and compliment an outfit as well as carrying your daily essentials for you and the Radley brand truly represents this. 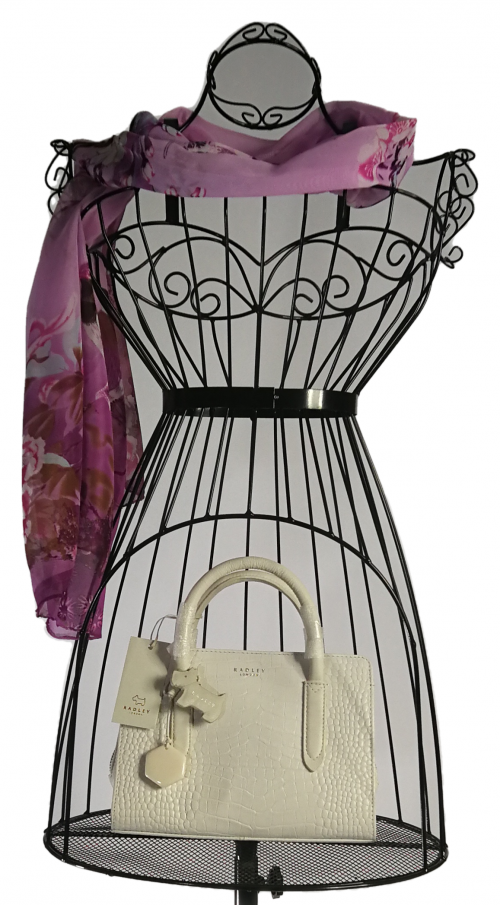 It was the department store John Lewis that helped to promote the Radley brand by stocking some of its designs and this really helped to put Radley on the map. The bags were incredibly popular and soon other high street retailers wanted a selection of the bags to trial at their stores also, including Debenhams and House of Fraser, and the brand is also stocked internationally in Japan and America to name a couple of countries.

But what is it about these bags that make them so incredibly popular?

You could say it’s the impeccable craftsmanship and 100% genuine leather material that tell you instantly that this bag is going to be worth a little extra of your hard earned cash for its high quality and durability, but let’s face it, what we particularly love is the adorable brand logo: The Scotty Dog.

As a nation of animal lovers, our hearts were won over when this little guy started featuring on Radleys designs with his bright red collar. Radleys designers were looking for a logo to represent the playful personality of their company and they really hit the nail on the head with this fun little addition. Now recognised world wide, the Radley logo is iconic and every lady needs to own at least one of these bags in her lifetime, but why stop at one when there’s so much variety at such affordable prices?

Radley or Radley London as they're now officially known not only do handbags but also luggage, footwear, watches, gifts, hats and scarves. In March 2015 they launched their signature fragrance called Radley London which is available in Eau Du Parfum, body wash and lotion.